Failed entrepreneur held up as example for Europe 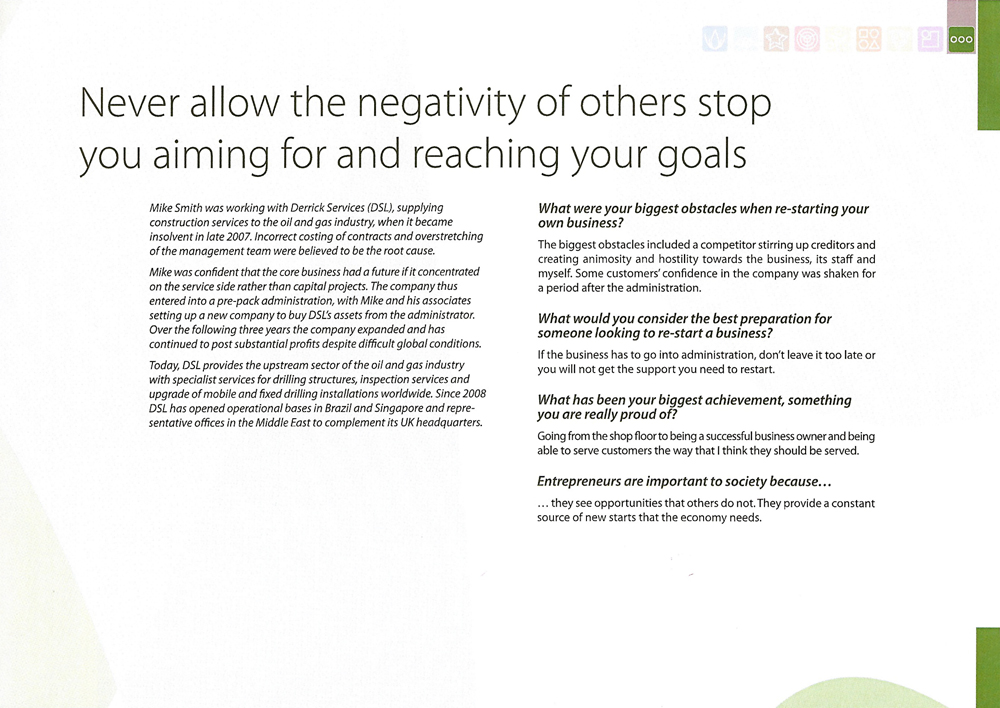 It wants to echo the United States approach of giving entrepreneurs credit for trying but failing, seeing it as valuable experience. The Commission has profiled Derrick Services and a dozen other small companies (SMEs) from across the continent to mark the launch tomorrow of European SME Week.

However, some of Derrick Services’ former suppliers inNorfolkremain angry about the debts they incurred when the original business suddenly went bust in 2007. The move temporarily saved around 400 jobs at DSL but suppliers that could not absorb the debts laid off staff to cope.

Derricks Services’ administrator has said it had poor financial controls. While turnover had rocked to £32m in the four years in 2007, it had failed to track what business was profitable and what was not. A lack of management accounts in 2006 compounded its problems and meant that by November 2007 Derricks had become insolvent.

Mr Smith approachedNorwichaccountants McTear Williams & Wood, who suggested a pre-pack as a way to preserve the underlying business. Mr Smith said he remained scarred by the experience. “If it was not for the strength of my directors I would have not carried on,” he told The Sunday Telegraph. “That was a such a dark, ugly period."

Brian Duffy, chairman of Steel Services (Yarmouth) said his firm, which fabricates high pressure pipes, had been hit with a £80,000 bad debt – it’s first in 10 years - after DSL approached them with three orders out of the blue. The company managed to absorb the bad debt but other local firms had not been so fortunate, he said.

“Mike Smith kept people in work, so credit where credit is due. But nobody likes getting burned," Mr Duffy said. Unsecured creditors have since received around 32p in the £1, with the new DSL agreeing to pay 25pc of its profits to the administrator for three-years as part of its deal to buy the former company's assets. Mr Smith was the largest single creditor, followed by HMRC, which was owed £440,000.

The new Derricks Services, which sells oil and gas rig maintenance and repair services, is now a £14m turnover venture, with operations in Scotland and Brazil that employ 165 people. Profits of £3.3m in 2009 and £1.9m in 2010 have enabled Mr Smith to pay himself a £220,000 salary and take out £2m in dividends.

Mr Smith said: “As an owner manager I find it quite appalling that lots of people who do take the risk of going into business are then thrown on the scrap heap for failures that are not in their control. He added: “I feel it is far, far too overlooked. There are only so many people willing to take the risks of starting up a business and make all the effort that takes.”

The Commission said it wanted to showcase the “true grit” of people who honestly fail and then pick themselves up and relaunch businesses.

Antonio Tajani, vice-president of the European Commission, said: “Entrepreneurs who take a second plunge at launching a new venture after having gone through a bankruptcy are a fundamental source of company and job creation for the European economy.”

He added: “Businesses that are started by an entrepreneur that has learned from a previous failure are more successful in terms of turnover and employment than new start-ups. They also have a much higher survival rate than a company launched by a new entrepreneur.” 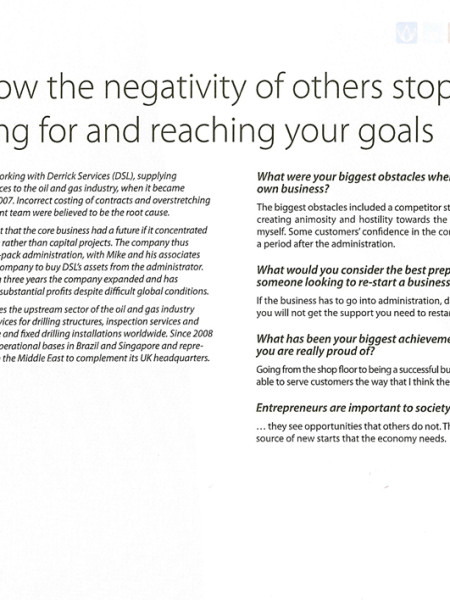