Administrator fails to save frames firm 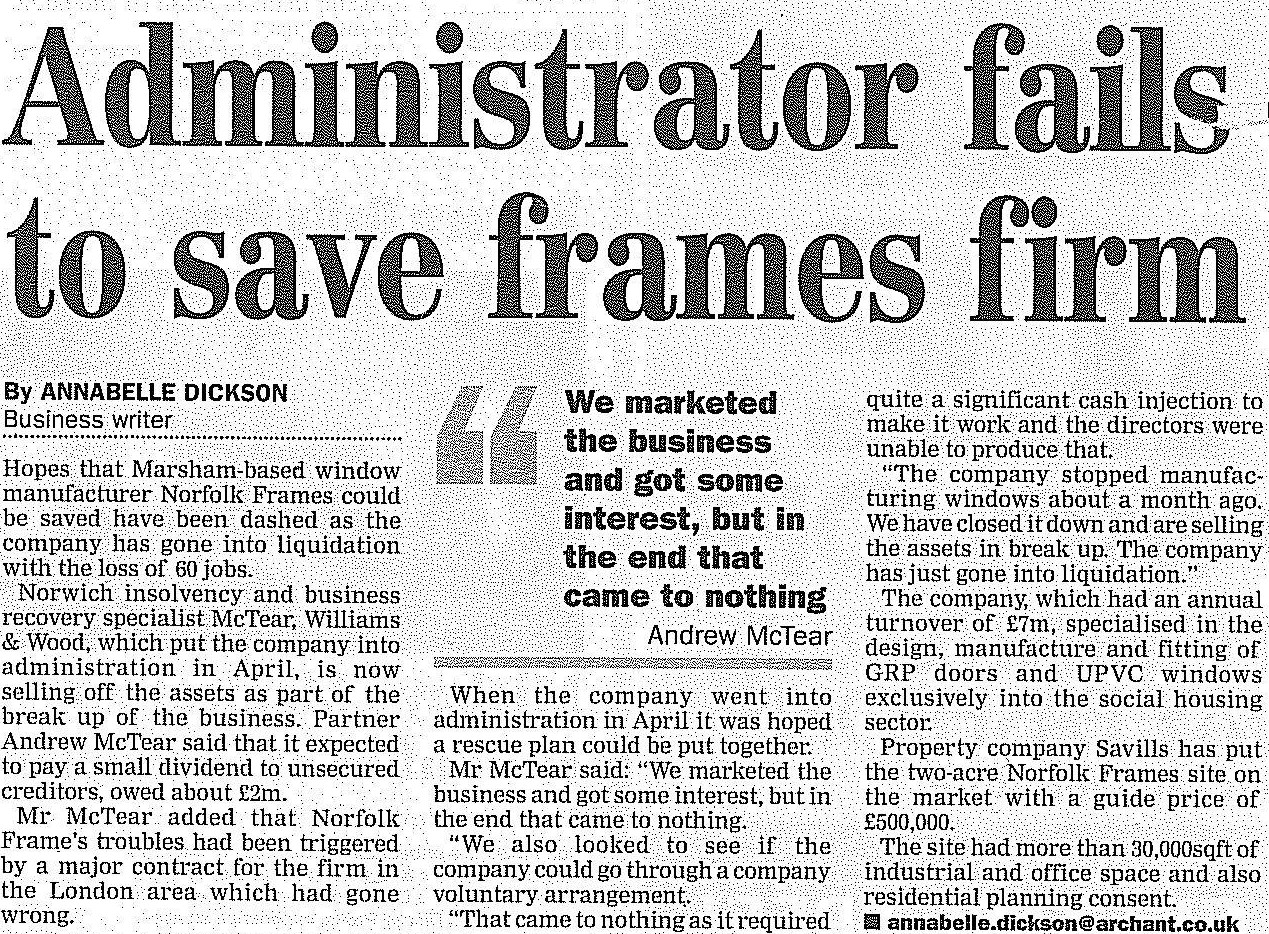 Hopes that Marsham based window manufacturer Norfolk Frames could be saved have been dashed as the company has gone into liquidation with the loss of 60 jobs.

Norwich insolvency and business recovery specialist McTear Williams & Wood, which put the company into administration in April is now selling off the assets as part of the break up of the business. Partner Andrew McTear said that it expected to pay a small dividend to unsecured creditors, owed about £2m.

Mr McTear added that Norfolk Frame's troubles had been triggered by a major contract for the firm in the London area which had gone wrong. When the company went into administration in April it was hoped a rescue plan could be put together.

Mr McTear said: "We marketed the business and got some interest, but in the end that came to nothing. We also looked to see if the company could go through a company voluntary arrangement. That came to nothing as it required a significant cash injection to make it work and the directors were unable to produce that. The company stopped manufacturing windows about a month ago. We have closed it down and are selling the assets in break up. The company has just gone into liquidation."

The company which had an annual turnnover of £7m specialised in the design, manufacture and fitting of GRP doors and UPVC windows exclusively into the social housing sector.

Property company Savills has put the two acre Norfolk Frames site on the market with a guide price of £500,000.

The site had more than 30,000sqft of industrial and office space and also residential planning consent. 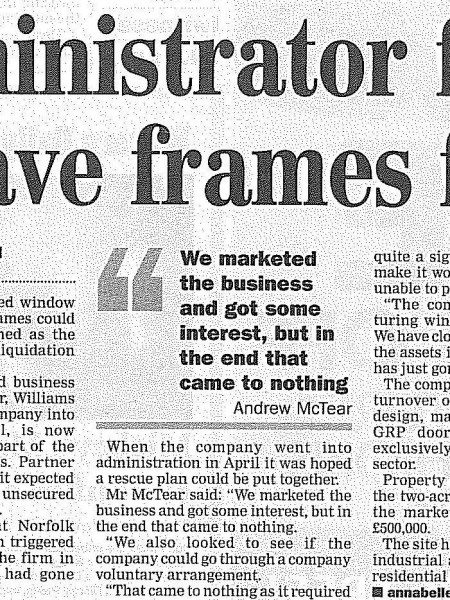